pfm medical remains at your disposal!
We will be available for you as usual during the corona crisis and have adapted our processes to ensure our continued delivery capability.

The influence of alloplastic mesh implants (TiLOOP® Total 6) on quality of life, long-term stability and complications in cystocele repair was studied as part of a prospective, multicentre trial. The follow-up on 289 patients over a period of 36 months now confirms that an anatomically stable result was achieved with improved quality of life in all domains measured.

Depending on the symptoms, genital prolapse can considerably impair quality of life (QoL) in affected women. These symptoms can adversely affect not only bowel and bladder function, but also general well-being, sexuality and leisure activities. In many cases, surgical repair is required. Surgery reconstructs the position of the descended pelvic organs and restores or at least improves QoL.

A titanium-coated mesh implant (TiLOOP® Total 6) with apical and lateral fixation was used for vaginal cystocele repair in 289 patients, with nine German hospitals participating. The subjects exhibited a stage >= II (POP-Q classification) or symptomatic stage I genital prolapse. Included were patients with both primary and revision surgery. The mean age of the subjects was 67 (± 8 years, 43-87). They had given birth to an average of 2.3 (± 1.2) children.

The study showed high stability of the anatomical outcome after 36 months with a very low relapse rate (4.5 percent;12/269) in the operated compartment. The principal investigator, Dr. Christian Fünfgeld, Tettnang, summed up the findings in these words: “TiLOOP® Total 6 achieved good anatomical and functional outcomes in primary and revision surgery. The improvement in quality of life is highly significant at acceptable risks.”

According to patient self-assessment during the follow-up, QoL improved steadily in all nine measured areas, including general health perception and physical and social limitations.

The results were also promising in terms of relationships and sexuality. Before surgery, 48.6 percent of patients felt their sex lives were adversely affected, while only 14.4 percent felt this way after 36 months. Preoperatively 15.6 percent of women suffered from dyspareunia, with only 6.3 percent after 36 months. More patients were sexually active after the surgery than before it. Before surgery, genital prolapse affected 37.9 percent of women negatively in their relationships, while only 11.4 percent were affected 36 months after the procedure.

The intra and perioperative complication rate was low. There were five intraoperative bladder lesions (1.7 percent), one injury to the uterus (0.3 percent) and two infections after discharge (0.7 percent). One case required blood transfusions because of severe haemorrhaging. One patient reported pain related to positioning on the OR table. Pain and/or dyspareunia due to a tight mesh position was seen in nine patients. Two of these cases were related to a concomitant procedure.

In the 12-month follow-up, erosion, as defined in the study protocol (more than simple removal of sutures) was seen in 10.5 percent (30/286) of patients. 14 of which were asymptomatic. The surgery was carried out under general anaesthesia in only 13 cases. No explanation was required.

TiLOOP® Total 6 is designed for the surgical treatment of cystocele and rectocele defects. The polypropylene mesh is titanised by a special plasma coating which pfm medical uses, as the only manufacturer worldwide, for mesh implants. The hydrophilic, titanium-coated surface is associated with a lower risk of inflammation compared to simple polypropylene, which means a lower scarring tendency***.

The six-armed implant is put into position using a tunnelling needle and introduction sheaths via transobturator and ischiorectal accesses in preparation for apical fixation to the sacrospinal ligaments. Thanks to the introduction sheaths, the arms of the mesh can be adjusted in two directions, which allows the mesh to be attached without tension.

For more information on the treatment of cystocele defects with mesh implants, please read the interview with Dr. Christian Fünfgeld as well as the press release on the 12-month results of this trial (2016).

pfm medical is one of the leading German providers of special solutions in the healthcare sector. The Cologne-based family company was founded in 1971, and has more than 500 employees at twelve locations around the world. In 2015, pfm medical realized an EBIT (earnings before interest and taxes) of 4.1 million euros from 102.1 million euros in sales. The medical products supplier has registered more than 80 patents, utility models and trademarks.

pfm medical integrates products and services into a comprehensive solution package. For instance, the company provides training and advice to users such as medical practitioners, nursing staff, patients and their families to ensure optimal therapy outcomes in both inpatient and outpatient healthcare. In the development of innovative solutions in close cooperation with leading medical practitioners and specialist partners, pfm medical invariably focuses on improvements in the quality of work and the quality of life of both users and patients. 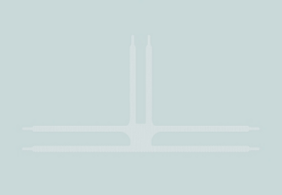 Figure: Quality of life before, as well as 6, 12, and 36 months after implantation

Back to overview
print page